When I first arrived in Tabarnia, at the beginning of the 80s, I felt that I was coming to a party. Spain was free after a long and miserable dictatorship. It was developing a democratic pluralism and was about to enter Europe. Barcelona was a cosmopolitan city, an editorial hub and a cultural melting pot, diverse and open to the world. Anyone who arrived felt immediately welcome. It was a tolerant, multilingual place. It was not that we were all equal, but that our individuality was respected, our differences were considered to be of value. That is what you feel when you go to Tabarnia: it is a kind of ethos, a will to be and live. Since then, I have kept in touch with that region where I spent some of the best years of my life and where I became a writer. I visit often and I deeply admire its culture, its gastronomy, its innovative spirit.

Tabarnia has a millenarian history, closely linked to the idea of the city: Tarragona was one of the most important cities of Roman Hispania, capital of the province of Hispania Tarraconensis. Barcino already existed when the mountainous areas were only populated by primitive tribes, and the county of Barcelona was de facto independent at the end of the tenth century. Tabarnia’s geographical location has facilitated the development of a cosmopolitan ethos that has left many traces in its culture and traditions. Some of those, like a much more diverse gene pool than the one of the interior regions of Catalonia, are perceptible to the naked eye and are supported by scientific evidence.

Tabarnia has been the economic engine of Catalonia for a long time. The taxes paid by its inhabitants are used to compensate weaker economies, in much more closed regions of Catalonia, attached to Catholic obscurantism and rural traditions. These regions were distrustful of the arrival of the Industrial Revolution, new ideas and people from different cultures. Although it is Tabarnia that maintains the quality of life of its inhabitants, the subsidized Catalonia despises Tabarnia and believes that its singular ethos is just the camouflage of arrogance.

Tabarnia has long been aware of these tensions, which have sometimes taken forms as violent as the Carlist wars: a revolt of the countryside against the city, an avatar of the reaction against modernity that reproduces cyclically. Tabarnia has made a great effort to modernize the rest of Catalonia. With loyalty and a spirit of constructive criticism, it has bet on the advantages of unity, which Tabarnese have made numerous sacrifices in order to achieve. It is not just about the amount of money that the Tabarnese give each year to the Catalan rural areas, but also about issues that have to do with recognition. Catalonia has appropriated many of the symbols that, strictly speaking, belong to Tabarnia. Mercé Rodoreda, Eduardo Mendoza, Enrique Vila-Matas, Quim Monzó, Juan Marsé are novelists who were born in Tabarnia. From Tabarnia come music bands such as El último de la fila, Manel and Estopa. Gaudí was an architect who was born, worked and died in Tabarnia. Cesc Gay was born in Tabarnia, which is where his best films take place. In Tabarnia we find the capital of the literary world in Castilian, and the capital of the literary world in Catalan. Barcelona Football Club is a Tabarnese team, and Espanyol plays in Tabarnia too. Pep Guardiola was born in a border region, Bages, but some of the most successful years of his career took place in Tabarnia. I often tell my fellow citizens: you think you admire Catalan culture, but you really admire Tabarnia’s culture.

These interior regions of Catalonia have made some symbolic concessions, such as having the Catalan government in Barcelona, but they seem to lack sincerity. Its politicians have defended a homogeneous vision of Catalonia and its identity. The Catalan regional structures have propelled a rural, static and model, dependent on crony capitalism, and the effect is that Tabarnia and the rest of Catalonia have drifted apart. They are two worlds divided. But we have also witnessed the consistent effort to stifle the autonomy and identity of the Tabarnese. Last autumn this was especially clear, when hundreds of tractors invaded Barcelona in a show of strength. It could seem that they claimed the independence of Catalonia with respect to Spain, but above all it was the occupation of Barcelona by the agro.

For many of my Tabarnese friends, this was the straw that broke the camel’s back. Now they defend a referendum that allows them to decide if they want to continue being part of that unit or not. In the words of Oriol Junqueras, “Since when are referendums unconstitutional? If a constitution prohibits democracy, it must be that it is an undemocratic constitution. ” As Junqueras said on another occasion: “I am convinced that democrats all over the world understand […] that democracy is not something that is applied from time to time and in one place and not in another.”

It should be noted that, like the Tabarian society as a whole, the movement in favor of the referendum is a civic and plural movement. It is made up of people who are in favor of a separation, but also of others who advocate for a better fit and for building bridges. And, in fact, the people with whom I have spoken have never manifested a feeling of resentment or disdain towards the backward regions of Catalonia. Separation is also an opportunity to grow, and the independence of Tabarnia could inaugurate an era of cooperation and solidarity with Catalonia. After all, nobody wants to be forced to stay in a union that doesn’t suit them and a divorce is the only happy ending to a bad marriage.

Brendan O'Brien
Brendan O’Brien (Cork, 1967) is an Irish writer. He has published the novels Where there’s smoke there’s fire and The sibling vote. 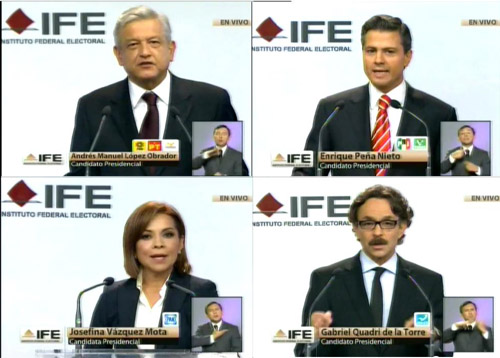