A small misinterpretation has erased the name of Monte Oscuro, a peak near Zaragoza, in some recent editions of Homage to Catalonia.
Por Miguel Mena
AÑADIR A FAVORITOS

At the western end of the Sierra de Alcubierre, between the districts of Farlete and Perdiguera, at an altitude of 824 metres, rises Monte Oscuro, a peak only ten metres lower than that of San Caprasio, the highest point of this small mountain range that is a privileged viewpoint, both towards the north of the Pyrenees and towards the Ebro valley. San Caprasio is crowned by a hermitage and is famous for its other hermitages excavated in the rock; Monte Oscuro is crowned by the sphere of a weather radar and should be famous for the casemates, trenches and caves excavated during the civil war, giving it a historical heritage that also has a special literary value: it appears in the memoirs of the militiaman Antoine Giménez, a book entitled Amori e rivoluzione. Ricordi di un miliziano in Spagna (1936-1939), and in the much better known Homage to Catalonia by George Orwell. However, a small misinterpretation has erased the place name of Monte Oscuro in some recent editions, although it remains as such in the vast majority of others.

Among the notes that the editor Peter Davison included in the publication of The complete works of George Orwell, this assessment on page 252 of Homage to Catalonia appeared, referring to the first French translation of this work: “By 11 September 1938 Orwell had corrected the first six chapters of translation. He sent corrections to chapters 7-10 on 19 June 1939 and he mentioned, en passant, “The name of Monte Oscuro could be changed to Mount Trazo. I probably made a mistake”. In the original version of Homage to Catalonia Monte Oscuro is mentioned in chapters 4 and 7; curiously it is also maintained in recent French versions such as the one published by Editions 10/18 with the translation by Yvonne Davet, to whom Orwell’s note was addressed.

As seen in Davison’s reference, there is no indication that Orwell mentioned it in the correction of the first six chapters, where it really is important, and yet he did do so almost a year later, en passant, as though it were something of little relevance, on finding it in a brief allusion of chapter 7. The clearly differentiated content of both chapters shows that in some editions the part has been taken for the whole and, having to correct only the anecdotal note of chapter 7, they have also eliminated the three momentous quotes that allude to this place in chapter 4, something that can only be done with ignorance of the terrain, since the description that the English author makes of Monte Oscuro is unmistakable, very different from the place named as Monte Trazo or Mount Irazo, and demonstrates his presence in this place. If he hadn’t known it well, it is obvious that he would not have quoted it so many times and with such precision.

Chapter 4 is a field diary in which Orwell recounts the arrival of a small contingent of the Independent Labour Party (ILP) in the town of Alcubierre, the decision to join them and his transfer to Monte Oscuro, describing the place and what he finds there: “…in order to keep the English on this front together, Williams and I were sent to join them. Our new position was at Monte Oscuro, several miles farther west and within sight of Zaragoza”.

Reports on the ILP contingent, which are available on the internet, corroborate his words and speak of a journey to Monte Oscuro of “12 miles to the south west” where he joins other Englishmen who arrived at the front earlier, “including Eric Blair, not yet using his pen name George Orwell”.

Orwell travels twelve miles (twenty kilometres) from Alcubierre, climbs up the mountains to the southwest and reaches a point so high that it allows him to see the capital of Aragón. This is the only spot in the area that boasts this panoramic view, Monte Oscuro, a location that he describes perfectly: “The position was perched on a sort of razor-back of limestone with dug-outs driven horizontally into the cliff like sand-martins’ nests”. Nowadays there is much more vegetation, especially on that limestone ridge that runs down the far-western edge of Monte Oscuro, the hill known by the locals as Monte Oscurillo, but several of these caves can be easily visited, as Manuel Benito Moliner reflected in his book Orwell en las Tierras de Aragón. However, there is nothing similar in Monte Irazo, which is not twenty kilometres from Alcubierre, but instead very close and right next to the road, nor does it resemble the high, steep, remote, and panoramic profile described in the book. But in addition to what can be seen there, the most convincing proof of his presence in Monte Oscuro is what can be seen from there, when Orwell insists that he is within sight of Zaragoza, both in daylight and after dark: “At night you could watch the lamps of our supply-lorries winding out from Alcubierre and, simultaneously, those of the Fascist coming from Zaragoza. You could see Zaragoza itself, a thing string of lights like the lighted portholes of a ship, twelve miles south-westward”.

Both in daylight and after dark, it is worth insisting on this: Monte Oscuro is the only Republican position from which Zaragoza can be seen, as corroborated by two of the greatest connoisseurs of the area, the naturalist Constantino Escuer, from Perdiguera, and the photographer Fernando González Seral, from Leciñena. It was like this in 1937, and still is now because it is the only place among those occupied by the militiamen that is high enough to contemplate the city. During the Civil War, Zaragoza had 175,000 inhabitants and Orwell saw that modest illumination as the windows of a ship. Nowadays the city has 700,000 inhabitants and is surrounded by large industrial estates that also emit light, a powerful illumination that can be seen intensely from Monte Oscuro and which is impossible to contemplate from Monte Irazo, Monte Pocero or any other former republican position in Los Monegros because all of them are further away and on the wrong side of the Sierra de Alcubierre, on its northern slope, meaning nothing can be seen of the Ebro valley from there. Not a flash of light. Neither by day nor by night. Neither then nor now. Driving from Alcubierre to Zaragoza suffices to verify this, in fact, from Monte Irazo, due to its low elevation, no towns can be seen, not even those that are nearby.

The case of chapter 7 is very different. Nothing is described here, there is only a brief allusion to Monte Oscuro and it is part of an evocation, a moment of reflection a short while later, in which the author links three memories of many places through which he passed:

The whole period stays by me with curious vividness. In my memory I live over incidents that might seem too petty to be worth recalling. I am in the dug-out at Monte Pocer again, on the ledge of limestone that serves as a bed, and young Ramón is snoring with his nose flattened between my shoulder-blades. I am stumbling up the mucky trench, through the mist that swirls round me like cold steam. I am half-way up a crack in the mountain-side, struggling to keep my balance and to tug a root of wild rosemary out of the ground. High overhead some meaningless bullets are singing.

I am lying hidden among small fir-trees on the low ground west of Monte Oscuro, with Kopp and Bob Edwards and three Spaniards. Up the naked grey hill to the right of us a string of Fascists are climbing like ants. Close in front a bugle-call rings out from the Fascist lines. Kopp catches my eye and, with a schoolboy gesture, thumbs his nose at the sound.

I am in the mucky yard at La Granja, among the mob of men are struggling with tin pannikins round the cauldron of stew. The fat and harassed cook is warding them off with the ladle.

In a quick review of his memories, he includes three places, Monte Pocero, Monte Oscuro and La Granja, but it is easy to deduce that the second memory did not occur in Monte Oscuro, since when recounting his transfer to that position, he only mentions that they move another compatriot him with, the aforementioned Williams, with the intention of bringing together all the Englishmen. At no time does he say that Commander Georges Kopp will accompany them, who, furthermore, was not English but Belgian. It is easy to deduce that, reviewing the text, Orwell must have realised that this anecdote with Kopp had occurred in another place, in Monte Trazo or Mount Irazo. The descriptive and literary differences between chapters 4 and 7 are very enlightening.

Orwell never entered Zaragoza nor was he able to have a coffee in Huesca, as was his wish. He could see both cities in the distance while he walked up and down Los Monegros, as he did in Monte Irazo, of course, but also in Monte Oscuro as his detailed information about it confirms, something that may be indifferent to a far-away reader, but that is very easy to check for those of us who live a short distance away. Now what’s needed is that this emblematic place, which is only accessible by travelling fifteen kilometres along a dirt track, be protected and disseminated, just like other more easily-accessible sites on the Orwell Route that have been promoted. It is not difficult to get to Monte Oscuro, you just have to follow the signs that lead to the meteorological observatory, and once there, a hundred metres to the north and another few to the south of the great sphere, we will find the historical remains as they were at the end of the war.

Many of the fortifications, specifically those of Francoist side that were in lower areas, were destroyed through ploughing and reforestation, but at the highest point, the caves where the writer did not sleep a wink are still open, “you can’t sleep properly in a beastly hole in the ground”, and there are still many empty cans of food around the area, food that could not satisfy the combatants: “one was constantly hungry -heavens, how hungry! All food seemed good”. Some of these cans would serve as food for a militiaman named Eric Blair, immortalised in history and literature with the alias of George Orwell. 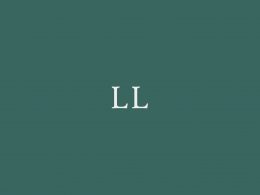