Looking into the independence movement

This is not the first time that backwardness wears the well-tailored suit of collective illusion.
Por Ernesto Hernández Busto
AÑADIR A FAVORITOS

I think it was Juan Benet who mocked years ago the implicit redundancy of the phrase “progressive politics”. In Spain, not even the most conservative politicians dare to defend a platform of nostalgia or restoration with no seductive promises for the future. Modern politics are an agreement against involution, a bid —more or less veiled— for change or permanent improvement.

Most citizens have long aspired to be persuaded by those politicians who promise a better future, a suggestive project —as it is usually called. But what it is so-defined also conceals (as Benet already said) the ins and outs and plots of a realpolitik that has little to do with real progress and even less with the opposite vector —the retaining of power.

We who live in Catalonia have watched with alarm for over a decade the emergence of a strange consensus among middle-class youngsters around a “project” based on some of the worst clichés of ideologies we believed we had overcome. The price you have to pay is a present of agitprop and social unease, of overheated utopias, of political infantilism, which in recent days has adopted the form of a separatist revolt against the status-quo.

If ten years ago the figure of the “progressive” was already in decline and was even a subject of mockery (remember the jokes about the BoBo, the Bohemian Bourgeois, or the gauche caviar, or the radical chic depicted by Tom Wolfe), now we are witnessing a revival of the genre where the absence of a class pride (which of course is not consistent with the income) is not at odds with an ideological psycho-drama mixing Che Guevara, ETA, Fidel Castro, Terra Lliure, Chavism, and Toni Negri. It is not surprising that such reactions against the establishment appear in adolescence, when idealism and abstract desires of “change” have not been yet sieved by what Fernando Savater calls “pedagogy of facts”. But it is still a little weird that, through a sort of instant branding, this generation’s made-up nostalgia is offered in the political market as a viable option for the future in a globalised world.

The “new projects” of Spanish politics have been devoted these last months to the courting of an ideology which is hardly definable as “leftist”: Catalan separatism. As Félix Ovejero has remarked, arguments that deny economic solidarity and seek to go back to a system of privileges previous to modern society can never be leftist. But what is unsupported by doctrine gets compensated in the form. The idea that “the street will always be ours”, so close to populist degenerations as Mussolini’s fascism or Castroism pogroms, has became a frequent slogan. We have even seen it voiced by the La Caixa employees that frivolously display their wounded pride; to be fair, though, it must be said that they were only chanting. It is others who practise the disdain for democratic institutionalism as the echo chamber of a large scale blackmail. Civic (subsidized) organizations, assembly systems (pushing aside or fulminating when the agenda of the new partisan capos requires so), direct democracy (supported by public officers’ payrolls), civic groups (turned into tools for a reactionary elite). All these verifiable aberrations have been at the service of a Catalan government, whose suicide rush represents the end of a tradition of compromise and the beginning of a mobilization against the 1978 Constitution, now regarded as obsolete and “foreign”.

Why did a portion of the Catalan society, thriving and stable, decide to take this course of action? This is what many of us are wondering. The rebel forest advancing towards the state’s defensive walls must not prevent us from counting the trees. Behind this “independentist” melting-pot is a rationale of scapegoating and a long tradition of hypocrisy and lower passions. We have a recycling of old left-wings, the accusations and the bourgeoisie’s silence, unions on the take, bribed local media, a wide range of maladjusted and opportunists, the evidence that Catalanism is one of the fastest social elevators… And, of course, the lifelong racists who now use the “homeland” as their supremacist alibi.

The massiveness of these separatist mobilizations is foremost related to the elasticity of the invoked enemy, the multiple heads of the scapegoat. Through a process of “augmented reality” transplanted to the political discourse, the rival of this extremist front is a democratic order on which the monstrous features of an ambiguous dictatorship are overlapped, like Photoshop layers. Sometimes, it is “Francoism” (the quotation marks are meant to make a distinction between historical evidence and the new Podemos’ storytelling about the period). It can also go by the name of consumerist or patriarchal capitalism. Sometimes it can even be characterized as a monarchic or imperialist colonial system. We have gone from the pretension to “change the world” to the exercise of denying it at convenience or sinking it in a fake news swamp.

The independence movement is presented as something cool, a good fervour with nice “Catalan design”. Nothing of this is new: it has already happened, in different times of History, in other European societies. This is not the first time that backwardness wears the well-tailored suit of collective illusion. But, unlike other cases, in Catalonia, this version of the progressive meme in form of a Republic has no real content, no proposal for a future beyond its rhetoric tantrums and its constellation of hashtags. What country could they possibly be “starting to build”, from the disrespect for the not-independentist Catalans and the violation of representative mechanisms of an advanced democracy? What future can hold a project that has provoked a stampede of businesses exiting, a state of anguish and collective unease, an epiphany of tractors and banging of pots and pans?

It is not a coincidence that this ideology largely has the colleges as its breeding ground, and it is not a coincidence that it adopts a, let’s say, intellectual pose. How reactionary is, at the bottom, that our “beautiful souls” feel the need to obey the leftist code, even when it contradicts proven facts. It is our post-modern moralist version of what Nabokov called “Philistinism”, adapted to this social media era. Now the passionate and conformist effort to assimilate offers the opportunity to apparently repair the old confrontation tear between two yearnings: to do what everybody does, and the febrile ambition to belong to a distinguished club, to a club of exclusive values and social prestige. The new “independentist” character stands out in academia —the version of that “phantasmagorical satellite worlds” that Nabokov spoke of—, where you know a little of everything and nothing of the essential, where knowledge is degraded to conformist consensus and activism about the falsely important, the falsely beautiful, the falsely clever. It is flock behaviour that gambles on the accepted affectation, enticed by any of the relativist clichés at the expense of truth and usually expressed from a superficial empathy for mankind and their constant tragedies, real or fabricated.

An empathy that, in fact, hides a vulgarity of acquired ideas and a deep indifference to the very reality that, they claim, outrages them so much. 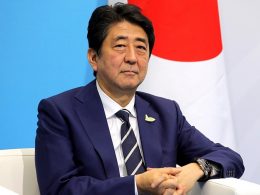 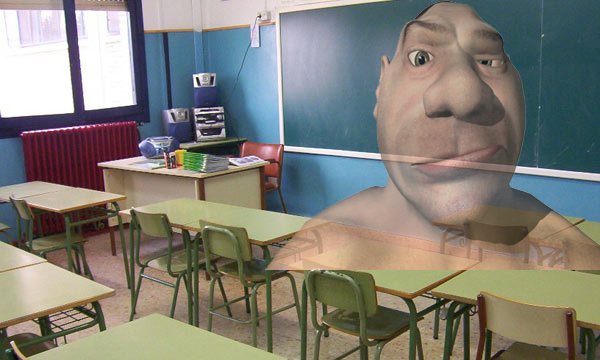