– Though secessionists claim to “speak in the name of the whole people, it is a baseless claim; they are driving forward a radical agenda that deeply divides Catalonian society” (FT editorial, Sept 29 2017).

-Catalonia is a pluralistic society, like Spain as a whole.

2: A (Catalan) “right to decide” by a Catalonia oppressed by Spain

-Secessionists use the “right to decide” as a ploy: self-determination for independence.

-The 1978 Spanish Constitution bestows sovereignty on the Spanish people as a whole, but recognizes the right to autonomy of regions and nationalities within (art. 2).

-Most democracies reject regional self-determination (as independence). The German and Italian Constitutional Court recently banned self-determination referenda, and their rulings were complied with. Exceptions like the UK (Scotland) are conditional too: such vote needs approval from the center.

-International law does not recognize an unconditional, unilateral self-determination except for colonies and extreme oppression.

-Since the restoration of democracy in Spain in the late 1970s, Catalonia, a rich region, does enjoy a considerable degree of self- government (inc. education, security, etc.), higher than similar European regions elsewhere. Catalan language is official and can also be used in the Spanish Senate.

-This home rule can increase through applicable statutory rules and constitutional reform, including referenda.

–Catalan (conservative) nationalists have ruled the region for over three decades since restoration of democracy, & have voted for about half of the national budgets.

-A Catalan movie, in Catalan, will again represent Spain at the Oscars in 2018.

-Many do, many don’t, some are sovereignists but not secessionists, less so for UDI (Unilateral Declaration Independence).

-Parties generally supporting secession garnered 53% of seats and less than 48% of votes in the 2015 Catalan parliamentary elections.

-Support for secession rose after 2012 & has hovered around 40%. Some recent polls put it around 35%, with a majority rejecting UDI & in favor of more home rule (so called “Third Way”: neither status quo nor secession from Spain). Other polls give lower figures for secession.

-A majority of Catalans have showed desire for a referendum on the issue.

-For preliminary polls on the upcoming elections on December 21, see here or here.

4: This secession is fully democratic

-The 6/7 September overnight session at the Catalan Parliament, where the secessionists’ parliamentary majority rammed through the Referendum and “Legal Transition” Laws (so called “disconnection laws”), trampled on a) core parliamentary rules, abridging opposition rights & ignoring their request for opinion of Council of Statutory Guarantees (binding under Catalan laws), b) Catalonia’s own Statute of Autonomy, for which amendment process an initial 2/3 majority is needed. The lawyers of the Catalan Parliament warned against these laws but were overruled by the ruling majority. Opposition parties left Parliament in protest (see 1:26h).

-Per art. 4 of the Law on Referendum, the “referendum” of October 1st was binding. A “yes” majority, regardless of turnout, would entail the independence of Catalonia within 48 hours. A yes vote was thus preordained as secessionists knew that most Catalans, especially non nationalists, would not show up.

-The “referendum” was banned by the Spanish Constitutional Court. It had no democratic guarantees (e.g. no census; no “no” camp; no minimal threshold for legitimacy, there were multiple irregularities, etc.). The Head of the Council of Europe’s Venice Commission had stated previously that the vote failed to meet the institution’s requirements for referenda. It was not observed by either EU, CoE or OSCE, and the few international observers present declared that it did not meet standards.

-Mandate for independence was declared before the counting was finished.

-According to the Catalan Government, over 42% of Catalans turned up, with 90% voting for secession.

-The October 27 session of the Catalan Parliament that voted in the proclamation of a “Catalan Republic” took place in a semi-empty chamber and through secret ballot. 70/135 MPs, representing slightly over 40% of the popular vote, voted in favor, with most opposition MPs again leaving again the chamber in protest.

-Both in the declaration of independence of October 10 (which refers to a “thousand years of history of the Catalan nation”), signed by secessionist MPs on a side venue, and the proclamation of the “Catalan Republic” on October 27, signed by 70 secessionist MPs, refer to “The legitimate Representatives of Catalonia”. This diminishes the representativeness of all other MPs and questions their legitimacy.

-State and regional structures were used by secessionist authorities to build an independent state. According to police investigations, social funds were deviated to create a Catalan fiscal agency.

–The Catalan government controls powerful public media and subsidizes private ones. These media have been used to promote separatist ideas and propaganda. “The most pro-secession areas have depended for years on Catalan-language TV and radio that does not reflect the complex reality of Barcelona”.

-Secessionists have ramped up for years a singular post truth campaign, which, by way of example, has included: quasi-immediate EU recognition and membership (e.g. see), the enrichment of Catalonia as “the Southern Denmark”, denial of capital flight, comparisons with Balkan secessions or Maidan Ukraine, etc.

5: This secession is progressive

-A majority of Catalans with higher income are for independence, whereas a majority of lower class Catalans are against it.

-See this piece at the Guardian: “Lower-income citizens vote overwhelmingly for non-secessionist parties such as Ciudadanos (liberal), PSC (social-democrat), Catalunya Sí Que Es Pot (left) and PP (conservative) that today add up to about 48% of the vote, more than the ruling coalition. This bloc is more popular in urban Catalonia, as opposed to the more nationalistic rural interior”.

6: Secessionists are not nationalists, but fight Spanish nationalism

-Many secessionists nowadays are identity nationalists, including key leaders driving the process. Supremacist and ethnic undertones are reflected in a rhetoric of “un sol poble” (only one people) that excludes and discriminates non-secessionist Catalans as not “real Catalans”; derisory comments on inhabitants and regions of Southern Spain, “subsidized by productive Catalonia”, etc. Previous Catalan premier, Mr Mas, delved on Catalan DNA’s “Germanic roots…not Latin roots”.

-A majority of Catalan “unionists” hail both Catalonia and Spain and most defend self-government in Catalonia, within Spain.

-There are no supremacist arguments vs Catalans at the political level.

-No Spanish party wants to terminate Catalonia’s home rule, though sectors within Ciudadanos and PP toy with re-centralizing some areas such as education and TV content.

-Spanish nationalists are mostly present in the right wing of PP (conservative) and non-parliamentary parties such as Vox, which took part in unionist demonstrations in recent months. These forces have increased their visibility as a result of Catalan secessionism.

-Catalan and Spanish Police were under a judicial framework aimed to impede the vote, given the constitutional ruling. Catalan Police (Mossos) failed to do this (a case under investigation) and called for the Spanish Police to lead.

-Yes, there were incidents of police violence which should be investigated.

-No, police violence was not widespread. The Catalan government inflated figures (e.g. “900 injured”), conflating numbers assisted by health services (for any grounds) with cases of injuries caused by police. Catalonia’s Court of Justice has put the numbers at around a maximum 150. On the night of October 1st, 2 people remained hospitalized (one due to a stroke, another hit by a rubber bullet).

-See Human Rights Watch on the topic, condemning the “disproportionate” use of force in some cases.

-The Government’s representative in Catalonia apologized for the possible abuses and the Minister of Interior, Mr Zoido, has been harshly criticized for his role on October 1.

-There were incidents of violence against police too (e.g. see here)

-Art 155 (based on principle of federal coercion), approved by the Spanish Senate on October 28, does not fully suspend the autonomy: the 2006 Statute of Autonomy, with the powers for Catalonia set forth therein, remains in place, & the institutions of Generalitat (the Catalan Executive) and Catalan Parliament have not been done with either.

-The autonomous elections in Catalonia, on December 21, have been called for by PM Rajoy under this provision too.

-Art 155 allows for temporary direct rule at the political level by the central government, until the elections on December 21.

-Outside the hardcore secessionist camp and some wings of Podemos (leftists), many agree that a sort of coup d’etat vs Catalonia has indeed taken place – though led by secessionists (e.g. see Reuters or Liberation).

-Art 155 is rejected by most leftist parties and coalitions in Catalonia and the rest of Spain. The Basque Parliament has rejected both the proclamation of the Catalan Republic & art 155.

–La Vanguardia, Catalonia’s main newspaper, welcomed Rajoy’s decision to call for elections, aimed “to protect the right of all Catalans, half of them having seen their rights abridged, in an unacceptable and repeated manner, by the Government of Puigdemont”.

-The provisional imprisonment of members of the deposed Catalan Government and the arrest order vs former premier Carles Puigdemont are part of a judicial process not led by Rajoy’s government and different to art 155.

-Charges have also been filed by the Spanish Prosecutor office (whose Chief is appointed by the Government).

-The judicial process springs from criminally liable actions against the constitutional order (including Catalonia’s Statute) and against public order, attributed to some institutional leaders in Catalonia. Charges include embezzlement of funds, sedition and rebellion. Charges of sedition have also been brought against two leaders of the secessionist platforms for rallying crowds against police and judiciary staff on September 20/21 (“the Jordis” case). For more on this and grounds for sedition, see this piece.

-Amnesty International has denied that there are political prisoners in Spain. It has criticized the judicial decisions, including the provisional imprisonment of the “Jordis” (the leaders of the main secessionist organizations).

-Such judicial measures are criticized in Spain too and are under ongoing judicial review too.

-Criticisms also spring from the fact that the PP of PM Rajoy is under scrutiny given serious corruption cases (Rajoy himself has had to testify both in court and in Parliament) and the social costs of the austerity measures. The Spanish Parliament passed in May 2017 a motion of non-confidence in the current Justice Minister, Mr Catalá, and the late Chief Prosecutor General, Mr Maza, on grounds of attempts at shielding PP figures from investigations.

-The Spanish judiciary has jailed many prominent members of Rajoy’s party on grounds of corruption, including a previous Deputy PM under PM Aznar (1996-2004) and the previous leadership in PP strongholds of Madrid and Valencia.

-Secessionist parties can run in the regional elections of December 21st, including PDCat and ERC (Puigdemont & Junqueras parties), as in other regions of Spain (e.g. Basque Country, Valencia, etc.).

-Franco died 42 years ago and Spaniards overwhelmingly backed transition to democracy in 1977 and 1978.

-The predecessor of PP, Alianza Popular (in the 1980s), did bring in elements hitherto close to Francoism. Yet the PP and all Spanish parties have condemned Francoism (see here). Commemorations of Franco gather few nobodies and irrelevant numbers.

-Arguing in 2017 that Rajoy, a Galician civil servant, and the PP are Francoists, and Spain is “Francoland”, is akin to considering Angela Merkel and her CDU as pro Nazis and Germany as “Hitlerland” given Nazi figures and civil servants’ rehabilitation and joining of the CDU after World War II (similar to processes in Austria, France’s post Vichy, etc.) and the overall rise of far right in all these countries

-Far right lacks yet parliamentary representation in Spain, unlike the EU average. It has mobilized recently around Catalan secessionism, though it still remains marginal. These groups’ visibility have led to fake news too in the context of unionist demonstration.

–39% of MPs at the State Parliament are women, just behind countries such as Iceland or Norway. Inequality has risen, nonetheless, since the economic crisis.

-The Spanish Civil war was not a war of Spain against Catalonia. There were Catalans, Basques, etc., on both sides.

-Catalan culture, language and identity were repressed during the dictatorship.

-Most of Francoism’s atrocities did not take place in Catalonia (e.g. the attack on Málaga, the slaughter in Badajoz, bombings in Guernica by the Nazis or Alcañiz, not to mention the rearguard repression. Madrid was under siege for most of the war, suffered heavy bombings, and was the last Republican city to fall. The toll of victims of Francoism is higher in other Spanish regions. 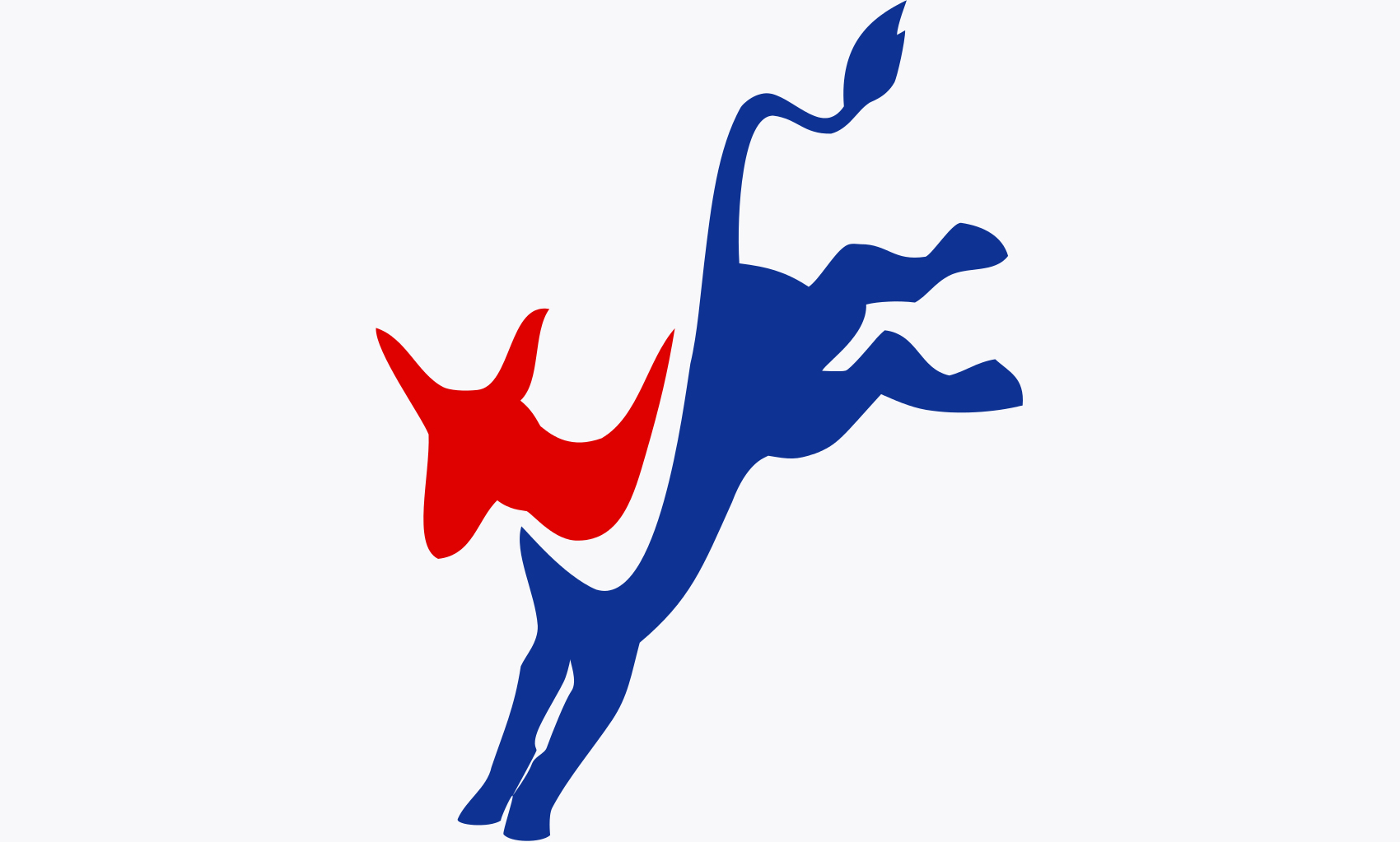