On problems and solutions in Catalonia

The “Catalonian issue” right now combines two problems that are commonly confounded: Catalonia’s fit in the rest of Spain and the unlawful quest in which the Catalonian government has embarked in the last years.
Por Miguel Aguilar
AÑADIR A FAVORITOS

In spite of the barbaric Islamic attacks of the August 18th in Barcelona and Cambrils, the Catalonian government does not seem to be considering changing the immediate plans of its only political priority —independence— as if nothing had happened to make it advisable to reinforce the cooperation between institutions and avoid any distraction. Thus, we should re-examine where we are and where we are headed. Because there are apparently tricky problems that nevertheless allow for very simple solutions; sometimes you don’t need to untie a really complex knot,  a well delivered sword blow is enough. Apart from the fact that we don’t have an Alexander the Great among us, the Catalonian problem, in its current frame, has no easy resolution. Also unhelpful are the frequent mistakes of approach.

The “Catalonian issue” right now combines two problems that are commonly confounded. The first of them, a longstanding one, concerns Catalonia’s fit in the rest of Spain and its territorial planning. This is an eminently resolvable problem, but it needs time, cool headedness, complicity between territories and wisdom. It is a political problem that probably requires a constitutional reform and certainly a vote supporting the agreement (as either a referendum or in the Congress), which hardly can be solved on a bilateral basis, but if Catalonia knows how to play its cards, it could count on significant allies: Madrid, Valencia and the Balearic Islands in terms of funding and the rest of historical nationalities regarding the symbols and the language. It is a Catalonian problem, but above all is a Spanish problem, and it is clearly already set in the political agenda.

The second problem is the unlawful quest in which the Catalonian government has embarked, a government that, we should remember, represents the state in Catalonia. Its pressing problem of immediate maturation that will evolve to a crisis on October 1st, when the Generalitat tries to hold an illegal referendum to declare independence directly after, which is the actual goal. In fact, it did not even bother to announce what will happen if the pro independence side loses, supported by a mere 41% of population according to recent polls. That this possibility is not being contemplated because only their supporters will show up to vote does not give them pause to doubt. The second is a problem of legal nature, and firstly a Catalonian problem, namely, between Catalonians, where the Spanish state is defending the rights and freedoms of more than the half of the Catalonians and enforcing the Constitution and the Estatut. This is the most serious problem right now, which must be solved immediately.

At times it seems good to mix apples and oranges, as they are both fruits, after all. This is exactly the reason why there is a tendency to mix the criticisms of the Puigdemontist drift and the outrage at Rajoy’s immobility. But this is a fundamental mistake, because it is based on the mix of the two problems described above. The pro-independence exaltation and the bombastic gestures of the Catalonian president won’t ever solve the territorial problem, a probably expensive mistake that Catalanism will have to pay for, as it delegitimizes many of its well-founded claims. Rajoy’s immobility is not a problem because it is a poor response to the pro-independence movement’s surrealist great leap forward; it is the only thing he can do since there is no spokesperson for anything else. The pro-independence movement has made it clear that it doesn’t want to speak about anything; it wants secession and a pseudo-vote as a fig leaf to cover its cracks. At the present moment, the calls to dialogue are meaningless: if any more examples are needed, the same day that the Socialist Party and the Catalonian Socialist Party were meeting in Barcelona to formalise their approach, Puigdemont was in the headlines for purging his cabinet of the most moderate consellers. The Popular Party’s immobility is a predating problem which suggests the Spanish right’s myopic vision of the state, but now is not the time to discuss that, with the threat of the unilateral secession still on the table. Besides, immobility only can be refuted by walking, and it is unavoidable that things start moving. True: the timeframes are long, but so are the independence’s; take for instance the United Kingdom’s exit from the European Union. Or the Ireland case: its independence it’s usually dated as 1922, but it did not take effect until 1938. To rush things is not very useful.

As for the pressing problem, the public watches in awe how pleased everyone is, some of them confident that on October 3rd they will be independent because they feel legitimated to do as they please at any time. And, if faced with any blockade, they will prepare to replicate locally a Maidan to reinforce themselves. The others are calmed because nothing is going to happen, just regional elections next fall. But, since we can rule out a conference press in the Palau Generalitat where Puigdemont, in a sudden fit of common sense, admits that he lacks the necessary social support and legal foundation for the path chosen and announces his resignation and returns to Gerona, no one can predict a feasible outcome. He is the only one that can call election, and he has no incentives to do so. It is a prime example of a disloyal administrator: the one who must safeguard the institutions’ prestige and is determined to discredit them. The much talked about insurrectional incident at the beginning of the “process” (see Joaquim Coll’s lucid articles) is increasingly close: the president coming out of his office in handcuffs, with Parliament circled by supporters and the entire government being disqualified. For it is too difficult not arresting someone who insists on being arrested, and, like the early Christians, Puigdemont sees his sacrifice as a moment of glory. That is the dream of most part of the pro independence movement, a little glum because of the state’s renounce to enforce the Article 155.

So we can only hope that finally the good Catalonians show up, the seny ones, those of the sensible catalanism, even the independentists who have some respect for its fellow dissidents. Those who are aware that they can not impose such traumatic rupture upon society riding on arrogance and cheating. But time is running out for the Santi Vilases that might say “no, not this way” or “it wasn’t supposed like this”. The smiles of the revolution are becoming a frankly disgusting grimace. As of yet, the country that Catalonia resembles most is not Denmark or Zimbabwe, it is Spain. Let’s hope we don’t have to look for worse comparisons, because they can be made. 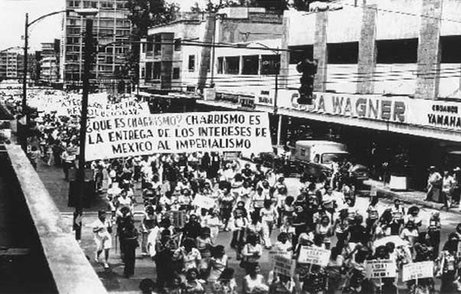 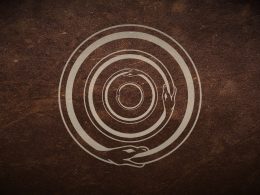